Tiit Tammaru: Three challenges to Estonia’s development at the age of migration

Tiit Tammaru, editor-in-chief of the Estonian human development report “Estonia at the Age of Migration” writes that Estonia’s three main challenges are in coping with migration dependence, adaptation to multi-nationality and an increase in social cohesion.

The theme of the Estonian human development report 2016/2017 is “Estonia at the Age of Migration”. Social scientists have referred to the 21st century as the migration era, as the number of people living outside of their birth country is greater than ever before. According to data from the United Nations, this number has grown from 190 million in 1990–2015 to 244 million today, 3.3 per cent of the world’s population.

Also, the nature of migration has changed, and its reasons and forms are more manifold than ever before. At the same time, migration has one overarching essential feature – this is the inclination towards welfare. In Estonia, welfare has increased and we have become more attractive to immigrants. Also, the interest of employers in the recruitment of external staff has grown substantially in recent years. What kinds of challenges will the migration era and immigration present to Estonia’s development? In the report, the following most important conclusions on migration and integration have been summarised.

Therefore, the population of Estonia would not be smaller than the present by the end of the 21st century if the following two conditions would be satisfied: the birth rate would increase and there will be more arrivals than exits. In order to achieve this, it is necessary to contribute to family policy as well as migration policy.

Estonia’s migration policy has already softened significantly, but the decrease in the number of employees is rising year on year, and it is increasingly the wish of employers to recruit labour from outside the EU. At the same time, the activities of our own people and enterprises have become international. The opportunities that accompany multi-nationality are often characterised as “triple victory”: the country of departure (for example, Estonia) will receive work and money for its residents, the country of destination (for example, Finland) will receive a good employee, and the individual will get a better salary and new experience.

However, this may become a problem for the accepting country, if strong homeland and community relations are not balanced by integration into the society of the country of destination and people continue to live within the information and media space of their former homeland.

There’s a high probability that Estonia must consider the continuous decrease of its population as well as of employees within the next couple of decades – the latter is boosted by people’s wish to work abroad. In order to avoid a decrease in the number of employees, a much greater amount of immigrants will be needed than Estonian society would be able to integrate.

This means that the labour force problems must be solved by means of different measures, not immigration alone. The movement of companies higher in value chain is important. We also need new and suitable approaches to forming integration, labour market, taxation and social care policies.

The current approach based on language teaching has not increased the coherence of society, and Estonian language skills remain passive within many Russian-speaking people, as life, study and work as communities are defined by language. With a segregated educational system commencing from kindergarten, young people do not have common communication networks or even a common information space.

Social cohesion can also be increased by supporting communication between different language groups in addition to attaching importance to the Estonian language. The state can initiate changes most effectively via education. The common Estonian school system cannot emerge simply with the closing of Russian-language schools, as this would raise high tensions. Learning must rely on the Estonian language, but it must consider the linguistic and cultural diversity of the residents of Estonia.

The solution must involve families and communities in addition to education. Fears and conflicts are a natural part of integration. These main fears must be dealt systematically, such as the fear of national conflicts at school, fear of mixing of identities and fears of the parents of Russian children diminishing the performance of schools.

Three important challenges of Estonia’s development for the next couple of decades include coping with migration dependence, adaptation to multi-nationality and an increase in the cohesion of the society.

The population of Estonia will decrease if migration does not come about. The assessment of the integration capacity of the arriving people through recruiting a foreign labour force will mitigate future problems. As a basis for labour migration, an innovative points system should be considered, whereby the capabilities of all persons applying for work in Estonia would be assessed from the viewpoint of the needs of the labour market (spread in the European countries) as well as of integration (spread in North America). People who achieve a sufficient number of points are welcome in Estonia. The consideration of integration capacity would increase the confidence of the Estonian people and would allay the fears related to migration.

The nature of migration has changed within Europe and it is necessary to adjust to multi-nationality, or the situation whereby people are roaming temporarily or are operating simultaneously in several countries. The biggest challenge for countries in relation to multi-nationality would be in cases where territory and citizenry would not coincide.

To whom belong the people living in a multinational world in terms of political, citizenship, taxation or social security? How much property should be owned or taxes paid in a homeland, winter home or country of work to be eligible, for example, to the right to vote? It is necessary to start to deal with these issues systematically.

In order to deal with Estonia’s three challenges of the migration era, coordinated activities are required – migration, multi-nationality and integration policies form an integral whole. Estonia’s previous governments have concentrated on the development of a favourable economic environment, incl. the development of a physical infrastructure, proceeding from the understanding that economy prosperity would also bring happiness to other areas of life.

Economy is very important, but society is a much more multi-layered phenomenon. The main challenge of the governments of 21st century Estonia is to contribute to the development of people. This challenge also concerns schools, communities and companies. Estonian companies are strong if they are well attuned to global supply chains and provide smart working places. The state can offer support to companies and take the lead in changes.

To this end, a well-advised innovation system is required that would contribute to creativity from kindergarten, with the inception of manifold linguistic-cultural baggage that suits the migration era and the acquisition of technological literacy required for the digital era across all sectors of society and nation groups living in Estonia.

You can read the Estonian human development report in full online at www.inimareng.ee 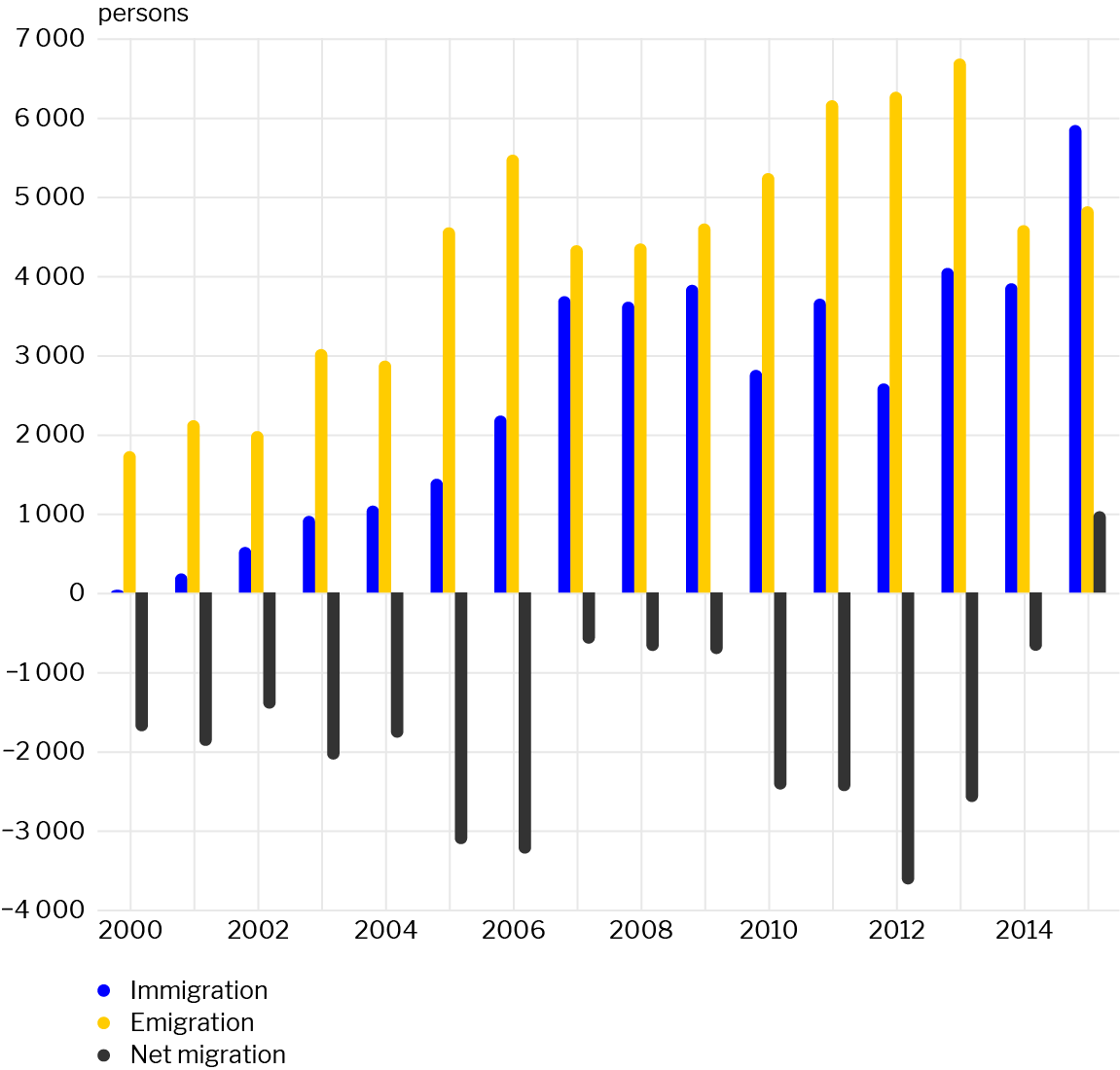